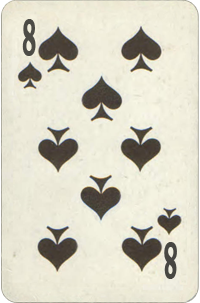 Eight of Spades can acquire true wisdom. Eight is the first FREE number, which means Eights can follow the God's plan, but not bound by it. It is a card of overcoming and control in health and work. The power increases with acquiring good education. Eight Of Spades can be primarily assured in success if they choose any health-related occupation. Many attracted to the stage, education, or government positions.

There is a big possibility of inheritance. Eight Of Spades are usually financially backed up by their parents. They are excellent receivers. Probably, the biggest test for all Eight Of Spades birthdays is money as a big obstacle to their spiritual growth. Once the lesson is learned, there is nothing can stand on their way to success.

Eight Of Spades highly respect the idea of marriage. Eight Of Spades are willing to work hard not only for themselves but also for those they love. They feel responsible to provide for their family. They want to live well, and do good with money. There is usually some charity or some individual who will benefit at their hands. Very active and energetic, Eight Of Spades want to do something constructive to their lives. Socially and businesswise, they are likely to energize others into activity. Pride in material status can become a sore spot in a marriage and close relationships.

The Eight of Spades thrive on variety of activity and communications. They can benefit greatly from business travel and changes. Some emotional instability and inner turmoil may apply, indecision and restless urge to make improvement to situation and circumstances. As much bold and strong as they appear, they are not always so sure of their ground. They should have a definite objective and stick to it. For all Eight of Spades, it is important to cultivate good organization and clear and accurate thinking.

The Eight of Spades have great emotional power, either they know about it or not. There is a tremendous magnetic charm that can be used in the work with public. The biggest contradiction in the character of Eight of Spades is the desire for independence and the quest for "universal love" and companionship. Their ideals might be too high to be met, and if they choose the occupation where they can serve others, they will find the genuine happiness.

Generosity is giving more than you can, and pride is taking less than you need. - Kahlil Gibran 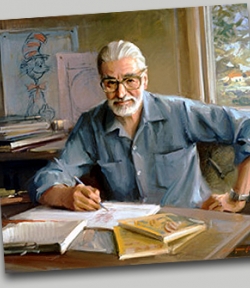 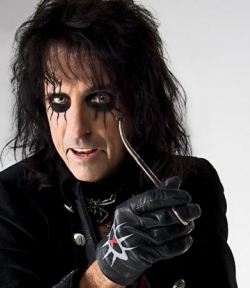 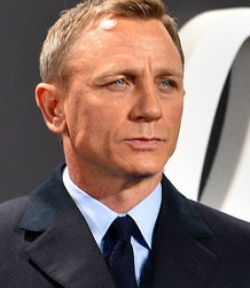