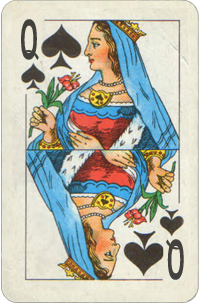 Queens represent the spiritual nature of man and the principle of birth. They have the authority equal to that of the Kings, proving that actual rulership is both masculine and feminine. They are intuitive, receptive, and cooperative aspect of royalty. Queens are the judges. The Queen of Spades judges by willingness to work and by the degree of devotion in quest for wisdom. They are the disciplinarians.

The exact place of the Queen of Spades is in a Crown line. They have come to lead and direct. They co-rule with the King of Spades - the card of Wisdom. Queen of Spades are excellent managers of others. They are intuitive, impulsive, and independent. They are valuable contributors to the highest type of accomplishment. And there is significant responsibility that comes along with their planned top position of authority.

For many Queen Of Spades, it is difficult to find an expression of their Crown Royal position. Until it happens, they find themselves working all sort of jobs beneath their high destiny. The willingness to apply self-discipline set them to the path of their true destiny. Self-mastery is pre-requisite symbolized by this card. They have a direct access to spiritual pool of wisdom and should use their amazing potential to achieve great results - on both spiritual and practical levels.

Queen of Spades are quick learners. Restless and inquiring, they tend to make many experiments before settling on a career. They usually understand the necessity for education and training. Teaching and healing are the powerful sides of Queen of Spades. The women, as a rule, have masculine attitudes of mind and habits of thinking. Queen Of Spades can make good physicians - never over sympathetic, but well grounded in knowledge and skill. They must guide against secretiveness and concealment of the things that should be brought to light.

A high degree of intuition may be developed. Queen Of Spades should avoid the law, but must train their minds in logic and reason. Positive attitude is a must to keep themselves healthy.

Queen Of Spades appreciate quality of things and have a rather extravagant taste. They often have some creative talent. In youth, these may manifest as a talent in acting, singing or dancing. They may develop a great inspirational writing ability later in life.

You are the Queen in the Royal Family. That gives you the power and ability to influence those around you. Sometimes Queens are more powerful than Kings, but they rarely take the credit for their doings. As a female, Queen rule their suit in the nurturing kind manner. Your mission is inspire, to counsel, to comfort and encourage the expression of truth, love and peace. You biggest satisfaction comes through patience, service, love, self-sacrifice. The kingdom you rule depends from your suit - it can be love and relationship (Hearts), knowledge (Clubs), realm of values (Diamonds), work and wisdom (Spades). 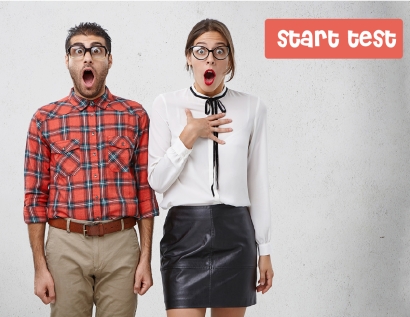 Card of the Day
King of Clubs

Who was born on the 27th of January