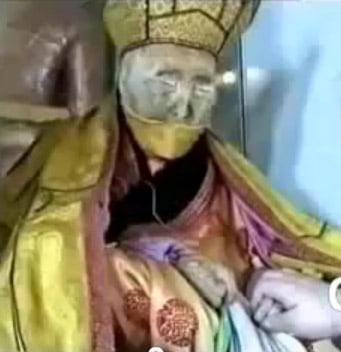 Exhumation of the body of Hambo Lama Itigelov took place September 10 th, 2002 on the territory of cemetery near the city of Ulan Ude (Russian Federation). He died and was buried in 1927 and the exhumation was performed in presence of relatives, officials, and specialists".

This was the information that appeared in Russian mass media regarding Buryat Hambo Lama Itigelov who was exhumed from the grave in the beginning of the 21st century. The grave contained a wooden box and there was a sitting Buddhist lama in "lotus" pose. His body was preserved as if it was mummified, however it was not. Soft muscles and skin, folding joints. The body was covered with silk clothes and fabric.

Hambo Lama Itigelov is a real person quite well known in Russian history. He studied in Anninsky Datsan (Buddhist university in Buryatia, nowadays there are ruins only) and got degrees in medicine and philosophy (nature of emptiness), he created encyclopedia of pharmacology. In 1911 Itigelov became a Hambo Lama (the head of Buddhist church in Russia). During the period from 1913 till 1917 he participated in social actions of the Tsar, being invited to 300-year anniversary of Romanov’s house, opened the first Buddhist temple in St. Petersburg, and Nikolai II gave him St. Stanislav award on 19 th of March, 1917.

During the First World War Itigelov created and inspired the organization called "Buryat brothers". He was helping the army with money, meals, clothes, medicaments, he also built a set of hospitals with lama doctors helping wounded soldiers. For that he got St. Anna award and others.

In 1926 Itigelov advised the Buddhist monks to leave Russia, since "the red teaching was coming" (Itigelov himself never left Russia). In 1927, being 75, he told lamas to begin meditation, since he said he was preparing to die. Lamas did not want to perform this meditation because Itigelov was still alive. Thus, Itigelov began to meditate by himself, lamas joined him and soon he died.

Ititgelov left a testament where he asked to bury him as he was, sitting in lotus pose in the cedar box on traditional cemetery. It was done. There was also a statement, where he asked other monks to exhume him after several years. (He knew that his body would be preserved). This was done in 1955 and in 1973 by Buddhist monks but they were scared to tell everybody about this, since communist regime did not leave any space for religion in society. Only in 2002 the body was finally exhumed and transferred to Ivolginsky Datsan (a residence of today’s Hambo Lama) where it was closely examined by monks and, which is now more important, by scientists and pathologists. The official statement was issued about the body. Very well preserved, without any signs of decay, whole muscles and inner tissue, soft joints and skin. The interesting thing is that the body was never embalmed or mummified.

Two years passed. Itigelov’s body is now kept open air, in contact with other people, without any temperature or humidity regimes. How Itigelov keeps this condition, nobody knows.

This is the ONLY KNOWN AND CONFIRMED CASE OF IMPERISHABLE BODY throughout the whole world. Embalming and mummifying is well known among different nations and peoples . Chili (Chinchora), Egypt mummies, Christian Saints, communist leaders and others. Some bodies were found in permafrost, however when they contacted with oxygen atmosphere they perished within several hours.

However, there are descriptions of such things in Buddhist texts, but there are no confirmed examples. Well, now there is.

Viacheslav Zvonikov, Doctor of Medicine, believes that the base of this phenomena is an autosuggestion. The classical methods of autosuggestion is an autogenic training and its different modifications, indoctrination through hypnosis intent to develop certain skills in person in order to increase self-regulative abilities.

For two years after the exhumation of Itigilov’s body it does not perish nor decay, no fungus, no negative things happen to it. Itigelov said before he died that he left a message to all peoples on Earth. This message contains no words. Now it is our turn to understand it. 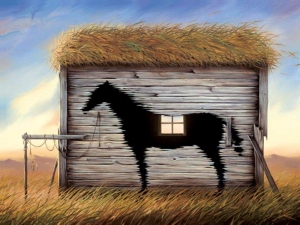 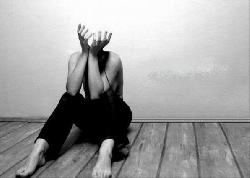 The group of Netherlands scientists from the Donders Institute for Brain, Cognition and Behaviour have published the results of their latest experiments in regards to debate whether decapitation is a humane method of eut Read More... 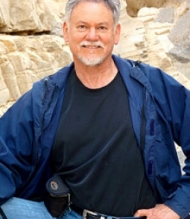