Steven Allan Spielberg (born December 18, 1946) is an American film director, screenwriter, producer, video game designer, and studio entrepreneur. In a career of more than four decades, Spielberg's films have covered many themes and genres. Spielberg's early science-fiction and adventure films were seen as an archetype of modern Hollywood blockbuster filmmaking. In later years, his films began addressing such issues as the Holocaust, slavery, war and terrorism. He is considered one of the most popular and influential filmmakers in the history of cinema. He is also one of the co-founders of the DreamWorks movie studio.

“I never felt comfortable with myself, because I was never part of the majority. I always felt awkward and shy and on the outside of the momentum of my friends' lives.”
More Steven Spielberg Quotes   King of Hearts Quotes 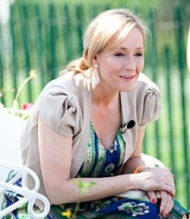 If you want to know what a man's like, take a good look at how he treats his inferiors, not his equals. - Jk Rowling