Jeanne Antoinette Poisson, Marquise de Pompadour, also known as Madame de Pompadour was a member of the French court, and was the official chief mistress of Louis XV from 1745 to her death.

The Marquise de Pompadour never had much direct political influence, but supported the Marschal de Belle-Isle and endorsed the duc de Choiseul to the king. However, she did wield considerable power and control behind the scenes, which was highlighted when another of the king's mistresses, Marie-Louise O'Murphy de Boisfaily, "la belle Morphyse", attempted to replace her around 1754. In 1755, the younger and less experienced Morphyse was married off to an Auvergne nobleman, Jacques de Beaufranchet, seigneur d'Ayat (Lord of Ayat)[4] and uncle of the illustrious General Louis Desaix, who fought during the French Revolution under General Napoleon Bonaparte. Their son (1757-1812), Louis Charles Antoine de Beaufranchet, a marschal de camp (major general), was present at the execution of Louis XVI. 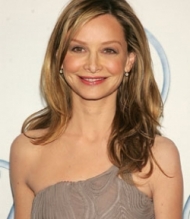 Actually, I take it as a compliment. Diva is a derivative of divine. That's quite a title to carry around. - Calista Flockhart