Henrietta Maria of France was the Queen consort of England, Scotland and Ireland as the wife of King Charles I. She was mother of two kings, Charles II and James II, and grandmother of two queens and one king, Mary II, William III and Anne of Great Britain, as well as paternal aunt of Louis XIV of France.

Her Catholic religion made her unpopular in England, and also prohibited her from being crowned in an Anglican service; therefore she never had a coronation. She began to immerse herself in national affairs as civil war loomed on the horizon, and was compelled to seek refuge in France in 1644, following the birth of her youngest daughter, Henrietta, during the height of the First English Civil War. The execution of King Charles in 1649 left her impoverished. She settled in Paris, and then returned to England after the Restoration of her eldest son, Charles, to the throne. In 1665, she moved back to Paris, where she died four years later.

The U.S. state of Maryland was named in her honour. 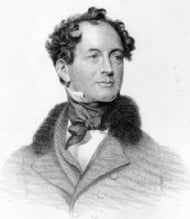 Disappointments in love, even betrayals and losses, serve the soul at the very moment they seem in life to be tragedies. The soul is partly in time and partly in eternity. - Thomas Moore